The Power of Small, Repeatable and Easy

So let’s all hold up our hands and admit we find it hard to start new, GOOD habits – yet  it’s not so hard to keep doing the bad ones, is it?

Don’t worry, I’m not going to lecture you about how it’s all about will power and you should just do it because you know it’s good for you.

And stresses…much of which has resulted in me being pretty unwell. I needed to do something different.

I knew I wanted to change and I’ve been reading… a lot….and in amongst all those business and self help books and blogs  I think I’ve found some really good, practical approaches that I want to share and use to help the people I know live better lives.

The trick is to not be too ambitious… don’t plan to run 5 times a week if you’ve never run before, or to loose 2 stone in 2 months. We simply end up overwhelmed and give up after a few months, weeks or even days!

It’s about building better habits and this is done by introducing small, repeatable routines into your daily life.

So let’s start by looking at some of the science behind it and where to start.

So here is the Science bit…..

I found this great simple 3–step pattern in the work of James Clear – who calls  pattern the “3 R’s of Habit Change”.
1. Reminder (the trigger that initiates the behavior)
2. Routine (the behavior itself; the action you take)
3. Reward (the benefit you gain from doing the behavior)

This sequence has been proven over and over again by behavioral psychology researchers.If you’re interested in looking at it in more detail look up Stanford professor, BJ Fogg or Charles Duhigg’s best–selling book, The Power of Habit.

Some of the terminology is different but basically there is a lot of science behind the process of habit formation, and so we can be
relatively confident that we are not so different and that we follow the same cycle.

Here is an extract from James Clear’s work to explain it:
‘Let me show you what the 3 R’s look like in real life by applying the framework to a typical habit.
(In this case, answering a phone call.)
Step One: Your phone rings (reminder). This is the reminder that initiates the behavior. The ring acts as a trigger or cue to tell you to answer the phone. It is the prompt that starts the behavior.

Step Two: You answer your phone (routine). This is the actual behavior. When your phone rings, you have a habit of answering it.
Step Three: You find out who is calling (reward). The reward is the benefit gained from doing the behavior. In this case, the

reward for completing the habit was satisfying your curiosity to find out why the other person was calling you.
Result: If the reward is positive, then the cycle forms a positive feedback loop that tells your brain, “Next time this reminder happens, do the same thing.” (i.e. When the phone rings again, answer it.)
Follow this same cycle enough times and you’ll stop thinking about it. Your behavior will just become a habit.’

It sounds easy when it’s laid out like that, doesn’t it?

So how can you use this structure to create new habits and actually stick to them?

Step 1: Use a Current Habit as the Reminder for Your New One

So if that’s how to form a habit, it’s NOT about motivation or will power or self-control or remembering! On any one day you may or may not feel any or all of those things so you can’t be consistent and that’s the important thing about a habit.
SO we need REMINDERS – or the TRIGGER or CUE for your new behavior –this  is such a critical part of forming new habits.

The best reminders are often those things that you ALREADY do without thinking about them. Then there is no need to be motivated you simply need to attach the new behaviour to what you’re already doing

For example, I wanted to start having a spoonful of local honey each day to help reduce my hayfever. I always put the kettle on as soon as I go in the kitchen each morning so I made that my reminder. So the act of making my morning cuppa,  that I do every day, acts as a trigger to remind me to have the spoonful of honey.

Then to make it even easier  the actual jar of honey is put next to the kettle rather than in the cupboard to act as a visual cue.

How to Choose Your Reminder

Whatever your new habit is – going to the gym, eating healthily, reading more – you’ve got to make it as easy as possible for you to start it and then continue at it.

So you need to pick a good REMINDER – that is specific to YOU and YOUR life and YOUR current habits.

‘The best way I know to discover a good reminder for your new habit is to write down two lists.

In the first list, write down the things that you do each day without fail.

You’ll often find that many of these items are daily health habits like washing your face, drinking morning tea, brushing your teeth, and so on. Those actions can act as reminders for new health habits. For example, “ After I drink my morning tea, I meditate for 60 seconds. ”

In the second list, write down the things that happen to you each day…
★ You stop at a red light.
★ You get a text message.
★ A commercial comes on TV.
★ A song ends.
★ The sun sets.

These events can also act as triggers for your new habit. For example, if you wanted to “ When a commercial comes on TV, I do five pushups. ”

With these two lists, you’ll have a wide range of things that you already do and already respond to each day. Those are the perfect reminders for new habits.’

“Make it so easy you can’t say no”. —Leo Babauta

So this is where we need to not get swept away with grand plans and goals that we want RIGHT NOW. That’s not to say that you can’t desire those things but to use that much over used reality TV phrase – ‘it’s about the journey’ – not a possibly unreachable destination.

Lasting changes, small changes, that create new and sustainable daily routines and habits are the things that will make you get change what you do.

In the words of Leo Babauta, “make itso easy that you can’t say no.”
How small is small? Stanford professor BJ Fogg suggests that people who want to start flossing begin by flossing only one tooth. Just one.

Then once you become consistent you can increase the ‘level of performance’.

It’s important to give yourself a pat on the back – celebrate  – when you practice your new habit. If we feel good about ourselves then we are far more likely to continue.

For example, as I’m working towards going to the gym to weight train twice a week, then I’ll often tell myself at the end of a session, “well done.” Or, “You did that better today. You’re making progress.”
If you feel like it, you could even tell yourself “Victory!” or “Success!” each time you do your new habit.
It’s perhaps not very British and I haven’t done this myself, but some people swear by it.
★ Floss one tooth. “Victory!”
★ Eat a healthy meal. “Success!”
★ Do five pushups. “Good work!”

The reward could be something else – not a cream bun or that defeats the object – but rather than have to keep coming up with treats try giving yourself some praise. It may take a bit of getting used to but give it a go.

Even if it sounds silly, research has proven that the reward is an important part of the habit process.

Give yourself some credit and enjoy each small success.

BUT REMEMBER: Make sure that the habits you are trying to build are actually important to YOU.

You are really making it hard for yourself, and you will find little or no reward, when you’re only doing it because you think other
people expect it or would approve of it

It’s your life, so make sure you’re spending your time on things that are important to you.

Find out more about our new exercise centred services

The Cranium: From a Manual Therapy Perspective – Level I

This site uses Akismet to reduce spam. Learn how your comment data is processed. 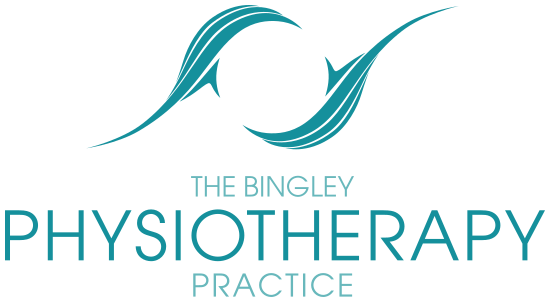